Let me introduce myself....

Hello World -
or, to be more precise, whoever manages to find me. My name is Lynne and I live Downunder, otherwise known as New Zealand, in a beautiful small coastal city. 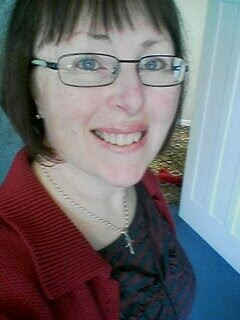 I should probably point out at this point that I'm very new to this blogging malarky, and decent photographs are very likely to be down the track a bit (when I've had time to practise more, in other words). I'm also notoriously unphotogenic, hence the best shot of me that I could find was one taken with a camera phone. Well, I guess if nothing else a slightly blurry image hides my wrinkles;-)
Moving right along, these are the guys I live with, now that my daughter is all grown up and moved away. 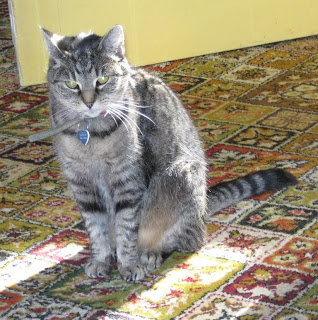 This is Sophie, 14 years old and the matriarch. Looks like butter wouldn't melt in her mouth but both the other (bigger) cat and the dog give her a wide berth. She has NO sense of humour and never has. This cat didn't even play with toys as a kitten. DO NOT MESS WITH HER. 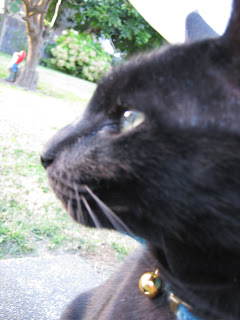 This is Tasha, almost 8 years old, half-Burmese and very tall. Her highly pedigreed mother escaped for a night of passion with the neighbourhood tom, much to my friend's disgust. She gave away all the kittens, which grew up to be amazing cats. Tasha's more doglike than catlike. An efficient predator, yet a total teddybear with people. When we first moved into this house, she used to bring home rats and mice galore. Now it's just an occasional one. I think she has cleared the neighbourhood for me. 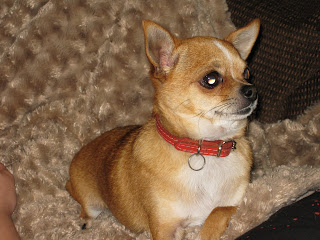 And lastly, this is Otter - so-named because when he puts his ears back he really does look like an otter! He's coming up to 3 years old, and is half the size of the cats. He has a healthy respect for the cats, but he's a menace when we are out walking because he'll send a challenge out to dogs four times his size! Did I say four? Make that ten :-0           And one of these days one of those dogs is going to take him up on his challenge.....
I think that's probably enough for my first post. It's also 2.16 a.m. here and I had no idea it was that late. Early. Whatever.
I hope you'll come back :-)
Posted by Lynne at 7:26 AM